I arrive in Bucharest without a clue.

Seriously: nothing. I have some friend-suggestions on where to go and what to do, but I have no plans, and it does not occur to me until I’m halfway to my AirBnb, in a taxi, with no Internet connection, that I don’t know the buzz number or apartment number of the place I’m staying, nor have I noted the owner’s contact info. I am normally meticulous about these things.

And yet, from the moment I land, I feel at home in this city. Like I kind of fit. Not physically – people here are olive-skinned and on the shorter side. I just feels as if there was a Nat-sized landing pad here, waiting. I can’t explain it.

My cab driver turns onto a street bearing rows of Soviet block-type apartment buildings. It takes us a while to find the mine, since they all look exactly the same. But we do, and she drops me off, and I stand at the front door with my backpack at 10:30 at night, wondering what the fuck I am doing, and more to the point, why I’m not all that concerned about it.

I try to see if there’s any free WIFI floating around. There isn’t.

I try getting on the AirBnb app to see if the information is available offline. It isn’t.

I stand there and look around at the empty street, still worryingly unperturbed.

I search my email, and am overjoyed to find one containing my reservation info. And there: some extra digits after the address. Victory! But what do they mean? I try punching them in various sequences into the number pad next to the door, which is so decrepit I’m afraid it’s about to implode. Nothing happens.

There are some random letters at the bottom of the number pad, so I try those, too. Still nothing. I stand there for a while longer.

Then three dudes get out of a cab, come to the door, let me in, tell me what floor my apartment is on, and wish me a pleasant stay in Romania.

If the elevator in this building were in Canada, it would have been condemned three times over. It looks like it was welded together by a grade 12 shop class, and you have to close the inside set of doors by hand before it moves. I get to my apartment. The lovely owner shows me around and then takes off for the weekend. I decide to go and buy some food at the 24-hour supermarket. When I get back into the elevator, it goes down and stops on the first floor, but the door won’t budge.

I press a random button. The elevator goes up. I realize that you have to wait for a little “ka-ching” as it clicks into place, and THEN you open the door. How this elevator even knows it’s an elevator, much senses when its doors are open, is a miracle, but there you go.

Today, I go into town.

I check out churches, a courtyard that once belonged to Vlad the Impalor (aka Dracula,) some shops. I sit at a lot of cafes. I know I should be more proactive, hunting down museums and monuments and secret, hidden spots, but it occurs to me - and this is in no way a complaint - that I don’t have the energy. I would be happy to trot along next to someone who had everything mapped and planned, but I'm a little bit traveled out. For now.

Maybe it’s because I’m coming to the end of this journey. Not just this whirlwind European tour, but my whole time abroad. For now. I’m heading home in three weeks. I don’t know how long I’ll stay, but something is telling me it’s time to be still for a while, and be close to my family and the people I’ve known the longest. And Ruble, who’s coming with me.

This is why I’ve tried to squeeze in so much over the past month. A last (for now!!) hurrah.

So even though there’s a loud voice shouting “SEE ALL THE THINGS UNTIL YOUR FEET ARE BLEEDING STUMPS,” I’m pretty okay with just cruising. I’ll get a few sights and trips in over the next couple of days, but if I don’t see everything in Romania worth seeing, I’m cool with it. Traveling feels a little like breathing, now. Which is maybe why I feel okay putting it down for a while.

If Bucharest were a human, I think she would be a beautiful, strong woman who has been through some serious shit. She’s a survivor, this city. Her outskirts are endless rows of Soviet-era buildings, like the one I’m staying in, but her middle layers are these stunning, turn-of-the-century apartments and banks, many of which are half worn through and graffitied everywhere. 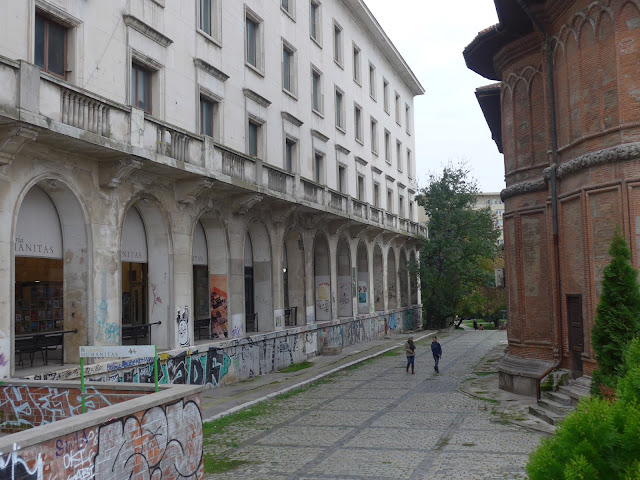 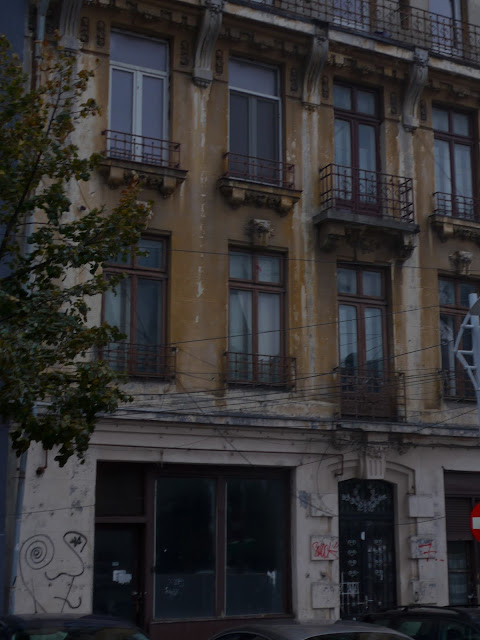 And then there’s the Old Town in the centre, where everything is ornate and magnificent, and you understand why Bucharest was once known as Little Paris. 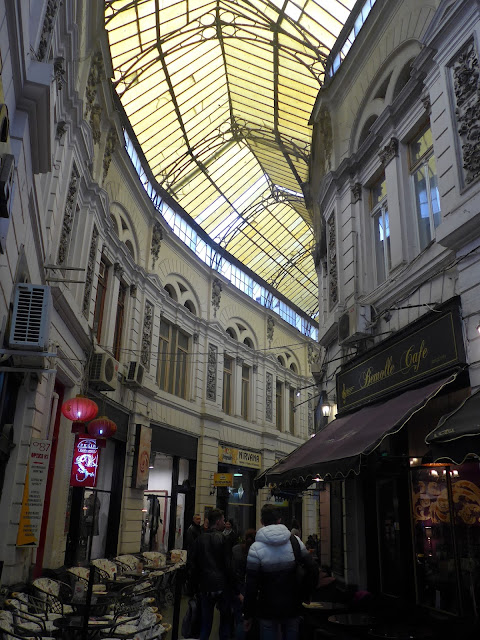 I let myself get lost in the labyrinth of streets. I people-watch. “Friendly” is not a word you’d use to describe Bucharesters, but despite that, I still feel something welcoming about the place. My great-grandmother came from this country, and my grandmother and mother from the one next door, so maybe that’s why.

Back at my Airbnb, the elevator doors do their thing, and I rise up to my little haven in the sky. As I unlock the door, there’s a familiar swell of gratitude for the freedom and the privilege I’ve been given to spend the last two plus years traveling, and for the fact that I’m looking forward to being in the place that I can, sort of, call home.

And also for the hard-won wisdom of knowing that, while it sometimes takes a while, I, too, almost always ka-ching into place.