Part of the reason I wanted to come back to Italy is a trip I took here 10 years ago. I was living in London and wanted a non-big-city getaway. My boss suggested Verona. Quiet, beautiful, and something like a $60 flight, return. I was in. 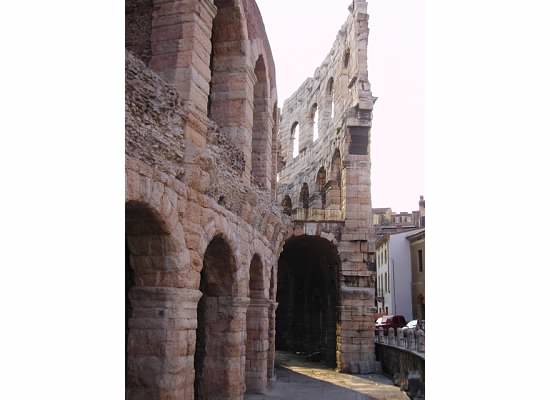 I had traveled alone before settling in London, but that had been as a backpacker staying in hostels, and really, in those situations, you’re never alone. I can’t tell you how many times I trudged awkwardly into a dorm room, certain I’d never make friends, and within two hours had 12 new best pals, most of them Australian.

But Verona was different. After 8 months in London, I had started to develop a bit of a taste for solitude. I was only going for 3 days, so I wasn’t bothered about making friends. In fact, I remember chatting with an American girl on the flight, and feeling relieved when she didn’t ask if I wanted to hang out.

Also, I stayed in a convent.

It was the cheapest accommodation I could find. I shared a room with two other ladies, and at the time they really did feel like ladies: women in their thirties, forties and fifties who were quiet and respectful and doing their own thing. Definitely not your hostel crowd. And there was a curfew, I guess because it was a goddamn nunnery. So we were all in bed and asleep by 10pm.

I wouldn’t have wanted to live my life that way, but for three days, it was perfect. Not many people spoke English in Verona at the time, so I’d rock up at some restaurant, they’d hand me the menu, and I’d try to mime that they could just give me whatever was good. One waitress at breakfast one morning announced that she would bring me “rice and grape.” I gave her the thumbs up, thinking maybe this was some strange Italian breakfast.

I’d wander happily from church to shoe store and back again. I climbed the stairs to the duomo and watched the bell ring. And lord, did I eat. Not backpacker food, but real Italian food: giant ravioli, glasses of Valpolicella, more rice and grape, and gelato, gelato, gelato. It was like my first grownup holiday. 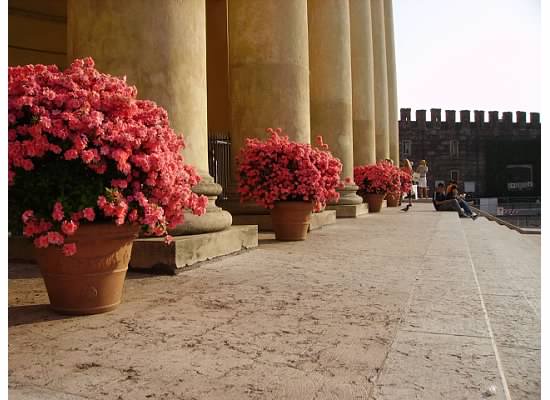 And what I noticed, in my no-smart-phone-at-the-time observations during those three days, were how much the Italians seemed to know how to have a good time. Families around tables at restaurants, dressed more nicely than I would going to a wedding, just… TALKING. Laughing. Taking their time. No one ordered coffee to go in a paper cup - they sat down and sipped it, at a table. Friends gathered in piazzas. People had a glass of wine with lunch – not an entire bottle, just a glass. (People know how to drink here, as Maria and Pietro explained to me the other day.) Couples made out gloriously in the sun. Effortlessly put-together women zoom by on scooters.

And I thought: why the FUCK did I decide to live in London?

My last day in Verona, on a mission to find some church or museum I had on my list to see, and somehow got lost (that never happens,) and wound up following a tour group into a  tucked-away church around a corner. It was still large, but less ornate and blingy than the churches I’d seen so far, and something about it pulled me in. The tour group settled into the rows of pews behind me, and I just sat there for a while, soaking the place in.

Three South American women came in and were clearly thrilled to be in this particular church. They giggled and took photos of each other in front of the alter, and then one asked me, shyly and through hand gestures, if I would take a photo of all three of them. (This was also, needless to say, in the days before selfie sticks.) I did, gladly. And for some reason, this sweet exchange with these women, with whom I did not share a common language or religion, got me right in the heart, and I returned to my pew, got down on my knees, hid my face in my hands, and cried. It was something about how anyone could come into a place filled, as this one was, with love and quiet. It didn’t matter who your god was or how you communicated. Really, we all just wanted communion. We all wanted friendship. We all wanted a church of some kind.

The tears streamed down my face.

“I’m okay,” I wanted to say to whoever was behind me, even this was probably the kind of place you could bawl your head off without people thinking you’re crazy.

But when I finally opened my eyes, the church was empty.

Hello! Since it's Day 20 (woohoo!), just a little reminder that if you've been following and enjoying all or some or one of the blogs in this 30-day challenge so far, I'd love for you to pay it forward! I'd be so happy if this project spurred a couple of bucks to be donated to people in need. Here are some of my suggestions... And thank you so much to those who have already donated!

The UN Refugee Agency
I met some refugees from Syria while in Turkey. We've all heard the stories, but the ones they shared, which I will write about soon, made me wonder how it is that we inhabit the same planet. Every little bit helps. I saw that firsthand.

The Edja Foundation
Edja was founded by the wife of Jackson Kaguri, director of the Nyaka AIDS Orphans Project where I volunteered in Uganda two years ago, to combat child abuse, sexual assault and domestic violence in Sub-Saharan Africa. As you can read about here, this is a huge issue.

BARC - Bali Dog Adoption and Rehabilitation Centre
Living in Bali put animal rights in a whole new light for me. Wild and homeless dogs in Bali suffer terrible states of health, are not fed or watered properly, and are sometimes (I learned, just now, reading this website) used as sacrifice. BARC does amazing work.