Blogging is so weird.

I don’t mean blogging about gluten-free baking, or luxury dog wear or organic cosmetics. Those people are the smart ones. They’re doing something sane and steady, instead of writing about family issues, Mama Greek and not being able to get knocked up.

I had a thing going, writing about all that stuff on a (fairly) regular basis, and I loved it. I loved the responses I got, and I loved the sharing that came back. But I haven’t written in a while. The astute among you might suspect reasons for that, but I’m not going there now. Suffice it to say, I reached a place where I had to either allow myself the time and space to process what was happening, or give you guys, who have been reading and supporting and cheering, An Explanation. Or just fake it. Which I suck at.

So please, be patient.

I arrived two weeks ago, after two amazing months in Australia.

I didn’t want to come. Well, I did, actually, really badly, but I had a good thing going in Aus and it was hard to leave behind. I met amazing people. I ate great food. I ran along the beach almost every day. It was, in a lot of ways, paradise. 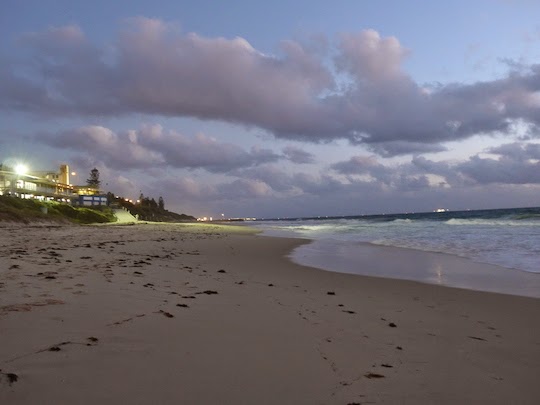 But New Zealand has been calling to me for a long time. One of the reasons I took this trip was to experience a different way of living: a way that embraced community, that was more connected to the planet, more about helping others, and that moved at a slower pace. These two little islands seemed to uphold a lot of those practices, and so here I came.

I’m spending my first month volunteering at a meditation retreat center an hour and a half outside Nelson. Since Nelson has a population of less than 50,000, I am, if you’ll allow the Aussie turn of phrase, in the back arse of nowhere. There are way, way, WAY more sheep than people out here. Also wild pigs, a ton of colourful birds, and rabbits that hang around like they own the place. This centre was built by a meditation community that I’m part of – a community that supports and learns from two teachers I’ve written about before.

Uh oh, you might be thinking. Granola alert - soon she’ll be talking about chia seeds and chanting. I’m getting a latte and going read the New York Times.

I still have two pairs of heels in my backpack, I promise.

The retreat centre caretaker, a Scotswoman who’s my age, picked me up at the airport, welcoming me with the kind of warmth and delight normally reserved for dear friends reuniting after decades apart. On the ride back, she shared her own quest, which was startlingly, eerily similar to mine. This cheered me, as did my new digs - a little cabin perched on the side of a mountain, which looks out onto variations of this view: 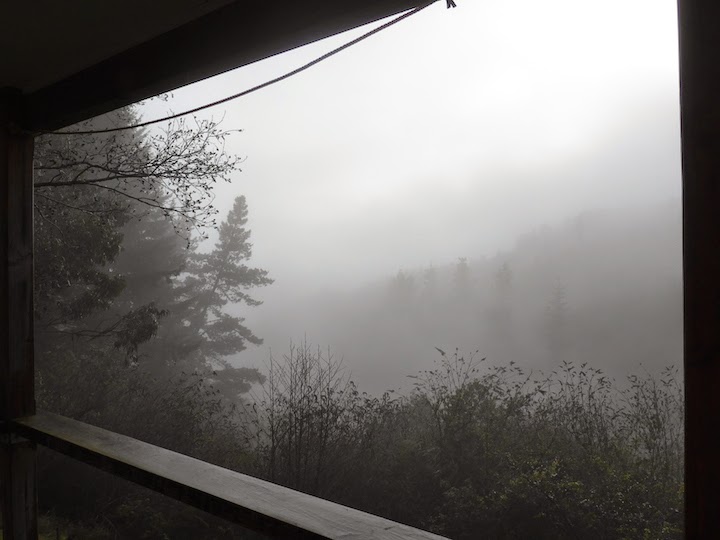 The next day, I was cleaning the men’s toilets.

As you might imagine, this brought up a few thoughts. How I’ve written for some of the most prestigious companies in Canada. How I’m 37 and childless and living on the side of a fucking mountain – by choice. How, when I tried to explain meditation to my Dad, he asked, “Well, isn’t that just common sense?” How I’ll probably never be normal, how many people I’m disappointing, how soon I’ll be even older and closer to death and -

The door squeaked open and my Scottish friend popped her head in.

They have a lot of tea breaks in New Zealand. I kind of love it. If you happen to be the sort of person who gets lost in their head a lot, it helps to interrupt that momentum of thoughts that have you, say, at 10am on Tuesday in one of the most beautiful places on earth, questioning every single decision you’ve ever made and imagining your own funeral. Meditation has a similar effect. It’s just about not believing your thoughts – recognizing that the vast majority of them don't actually mean anything. Which, to me, is a huge relief.

Almost without exception, the Kiwis I’ve met so far have been freakishly kind, gentle and open.

Meditators tend to be pretty up front, too, so mix the two together and you’ll suddenly find yourself sharing your darkest secrets over a cuppa with someone you met three minutes prior. At the centre, there is an unspoken generosity that people seem to take up the minute they walk in in the door. Food, possessions, any talents or skills one might possess  - all become something to share, offer up, collaborate on. I realize this is starting to sound even more hippie dippie than it already did, but I am also wondering when it became normal to do everything ourselves. To have people living above, below and next to us, and yet to try to balance child-raising, working, learning, cooking, cleaning, finances and emotional support between two people – or by oneself. Who’s idea was that, exactly? Is it working for anyone?

I got into the swing of things pretty quickly over here. I work 4 hours a day – which ranges from chopping wood to cleaning (usually not the men’s bathrooms, thankfully) to starting fires. (In fireplaces.) In exchange for this, I get to sleep in my beautiful little cabin, pick fresh vegetables from the garden, use the library, sit in front of the fireplace at night, go on walks that would blow the most avid hiker’s mind out of their head, and connect with people so supportive and so generous I don’t know what to do with myself. At night, I fall asleep to the sound of the rain against my roof or the wind whipping through the trees.

As idyllic as this may seem, living in a cabin on the side of a mountain without Internet or mobile access does interesting things to your brain. I’m learning, with whiplash-inducing intensity, how much sadness, fear and shame I’ve been unknowingly dragging behind me for I-don’t-even-want-to-think how long. I’ve faced some truths about myself that had been totally invisible to me until now. But I’m also reminded daily, if not more often, that I’m not the only one. Ours isn’t a world where, when someone asks how you are, you’re likely to answer, “Well, Barry, I’m so heartbroken about my love life and worried about my daughter’s cocaine habit that I could barely get out of bed this morning. Yourself?” We so rarely admit to feeling small, terrified, or – worst of all - lonely as fuck. Sometimes we do, with close friends or in a therapist’s office. The rest of the time we take medication, drink, do drugs. We slap a smile on our faces, buck up, and cheerfully talk about bathroom renos, vacations, last night’s game, tomorrow night’s barbeque. There are so few avenues that help us find bliss, connection, and freedom from our thoughts. Most simply tell us we’re living life wrong, but if we just buy this car, redecorate the master bedroom, tone our abs and find a new partner, we’ll definitely sort it out one day, soonish, in the not-too-distant future, and on sale RIGHT NOW. The funny thing is, and feel free to prove me wrong here, that hasn’t seemed to work so far, for anyone. 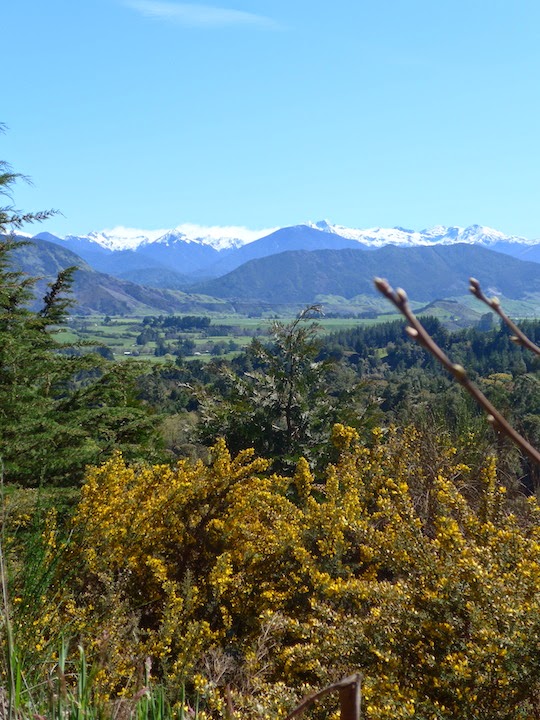 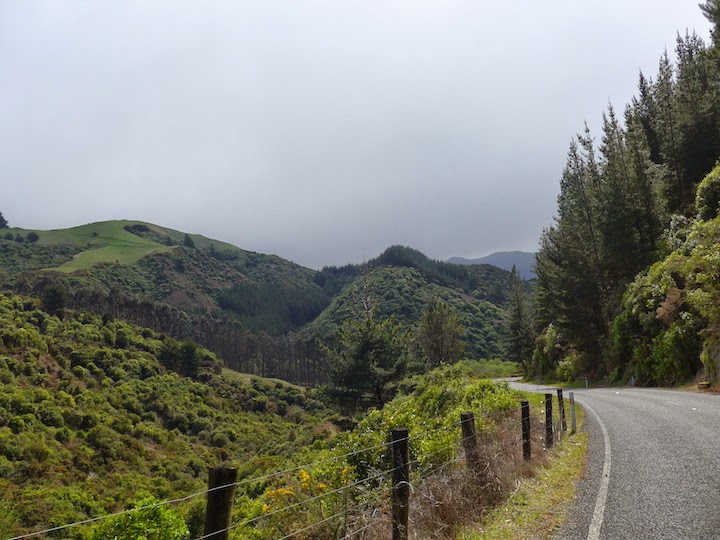 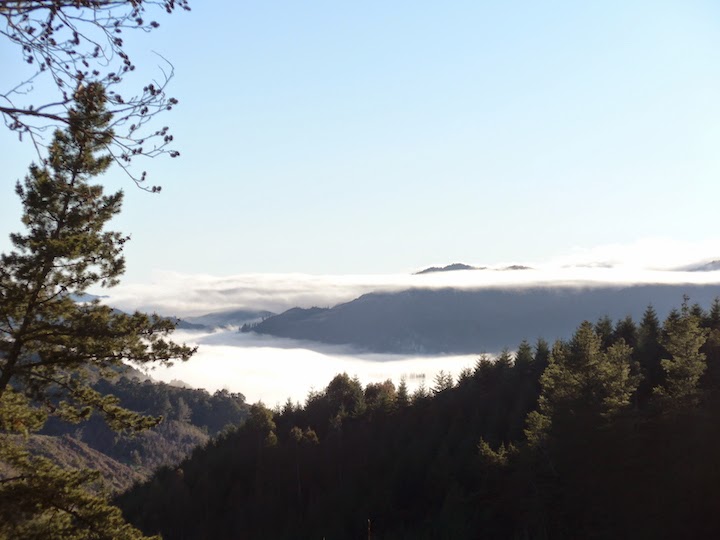 I wonder if, whether it’s through meditating or walking or sitting on a park bench or lying under the covers in the fetal position, the more honest we were with ourselves, even if it was for 5 minutes a day, the more honest we could be with each other. And the more honest we were with each other, the stronger our bonds and the lighter our hearts would be. Our culture is how it is. It’s up to us to find ways to connect, and to accept ourselves – not just the Facebook-worthy moments, but the fear, the sadness, the loneliness, the ugliness. To question whether the stress and overwhelm and pressure is really because we’re doing it all wrong, or just because the system is broken.

Anyway. That’s all from me, for now.

2 comments:
Labels: community, meditation, New Zealand, travel
Newer Posts Older Posts Home
Subscribe to: Posts (Atom)
*With thanks to Where the Hell is Matt, who inspired me and so many others by dancing badly around the world several times. And okayed me riffing on his URL. If you haven't already, check him out.
Who the hell is Nat? More about me over here.