I had some explaining to do when I said my goodbyes in Uganda.

And there were a lot of goodbyes to say. Ugandans, or at least the ones I had the good fortune to meet, send you on your way in style. The kids wanted to learn how to sing “O Canada.” The teachers wanted to know when I was coming back. I had to give a speech at the morning assembly, which I fortunately made notes for ahead of time, because thinking on my feet in front of 300 people is not really my forte. It won’t surprise you to know I broke down halfway through. Thankfully, this didn't phase anyone. 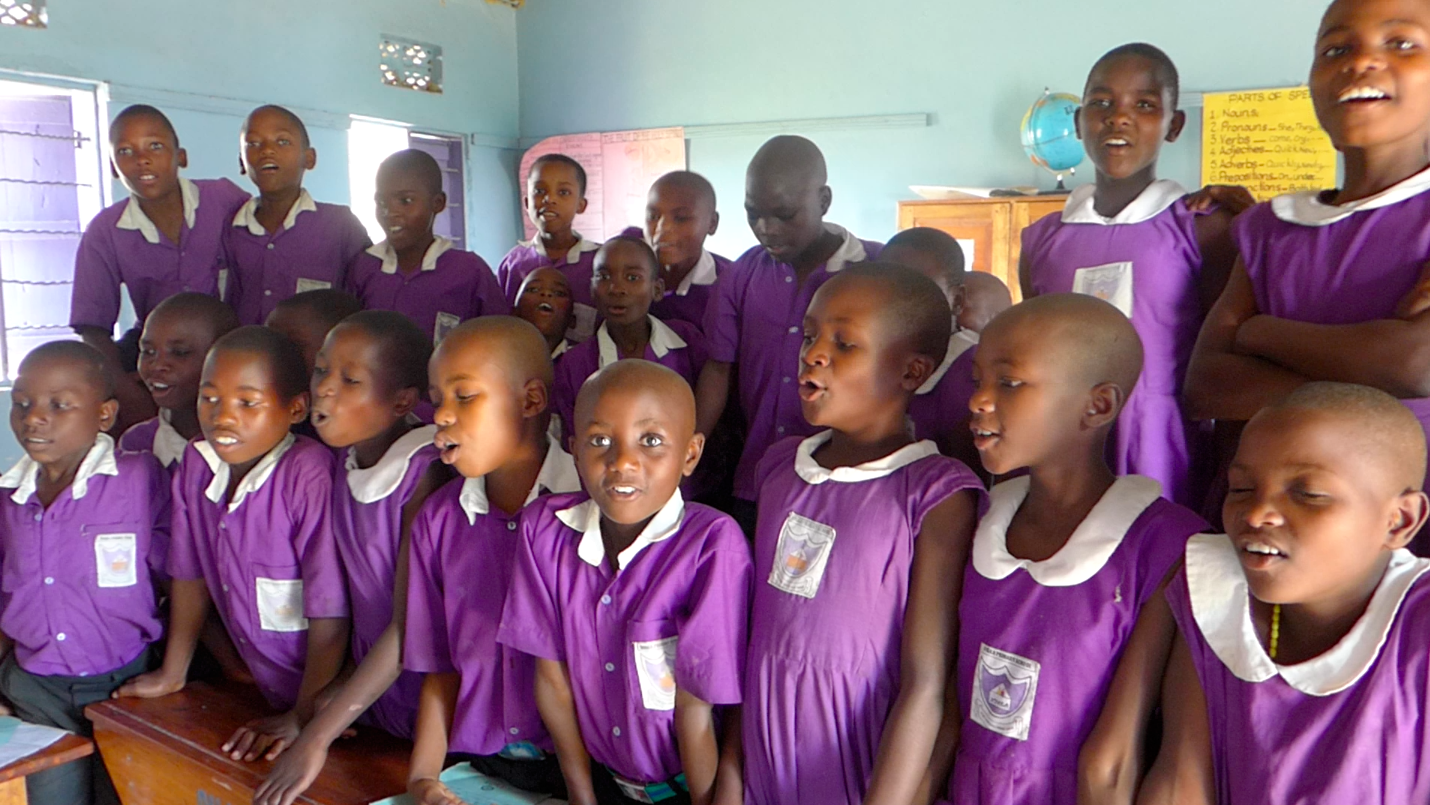 They wished me the safest of journeys, and prayed for me, my family, my loved ones, my friends and my entire country. So it was with some trepidation that I admitted to them that I wasn’t actually heading back to Canada just yet.

Nope. I was bound for the Island of the Gods.

To alleviate my white person guilt keep it simple, I just said I was going to Indonesia.

“You mean, with the money you could use to feed and educate several hundred children?” they asked.

No, of course they didn’t. They just wished me well, prayed for me again, and check in regularly to ask how it's going.

I don’t have an answer to that question. Aside from that Indonesia – Bali – is stunningly beautiful. But I’ve just left a place where many people live their entire lives (until the ripe old average age of 58) without seeing their own capital city, and here I am by the sea, drinking watermelon juice. Do I honestly deserve this? What about the people who are coming here for months of long days at the office? Do they deserve it less? More? I’m not judging, just asking. I am here, after all. 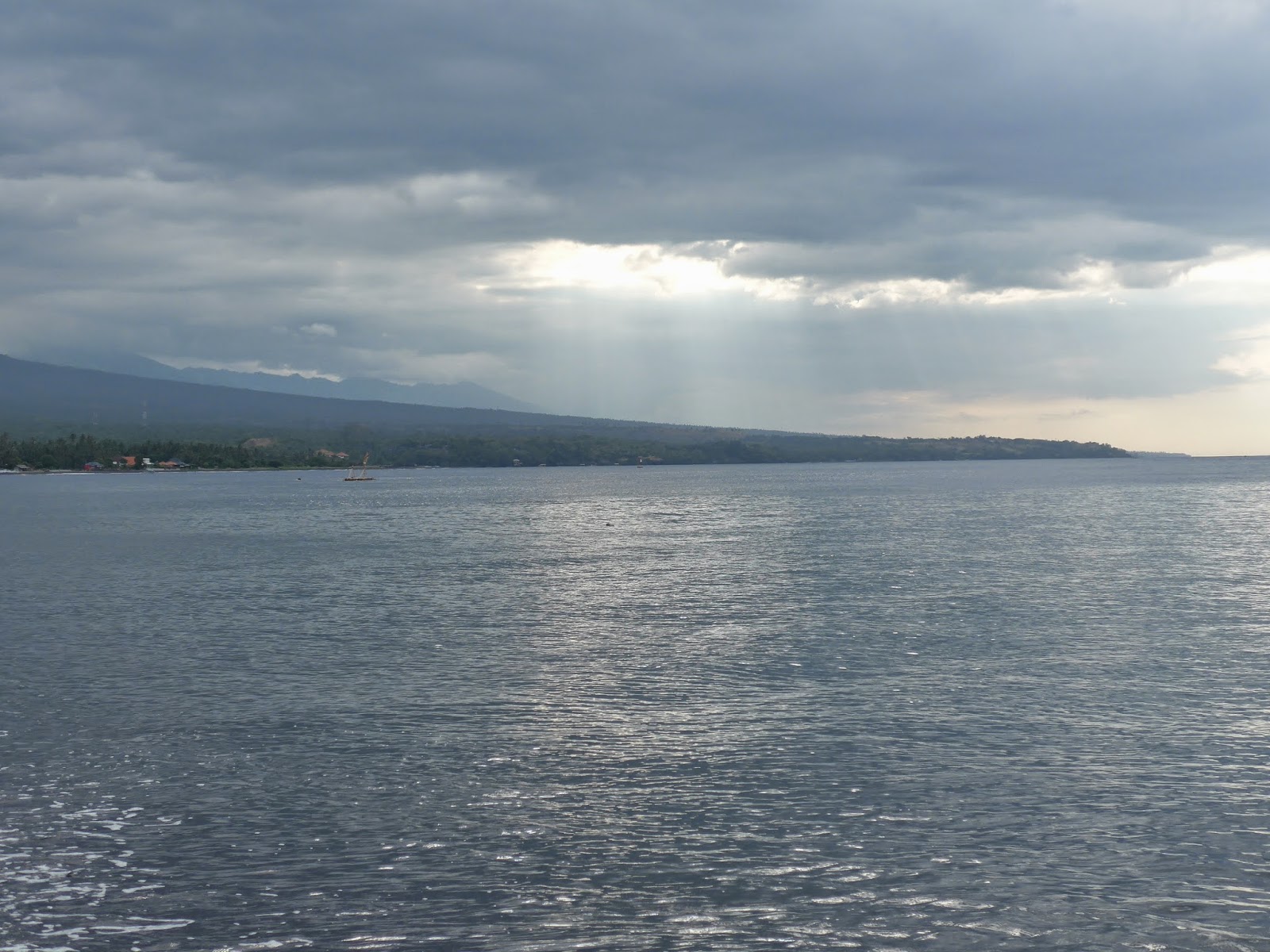 The first of many sunsets on Jemeluk Beach. Don't hate me.

I've been lucky enough to have traveled quite a bit. But I’ve never been to a beach and just hung out alone. As I pass couples on scooters, families laughing over banana pancakes and girlfriends sharing bottles of wine, I sometimes feel really lonely. I expected that. I also expected the gorgeous scenery, and that I'd be spending as much time in the water as humanly possible. What I did not expect was that Bali would have me digging through old, worn out layers of myself, uncovering habits long overdue for the trash bin, and mourning things that needed to be mourned - things that have been sitting there for years or more, patiently biding their time before I looked them in the eye and acknowledged the homes, with half-paid mortgages, they’ve set up in my heart. If I had company right now, I wouldn’t be doing any of this.

Ugandans often asked me to tell them about Canada. At first, I gave the typical answer: “It’s cold.” Then I’d add that it’s peaceful and prosperous. Sometimes, though, if the mood was right, I’d try to explain that despite everything we have, lots of us aren’t really that happy. We’re busy all the time. We never feel like we’re doing enough, or like we have enough. We don’t sing or dance nearly as often as they do in Uganda, and most of us don’t spend much time with our families or communities.

They found this totally shocking. Another Nyaka dance performance. They'd put one on every day, if they could.

Look. I’m not going to be the 609 millionth person to blab on about how happy African people are, how we Westerners don’t know how to be content, and how the constant chasing of the carrot on the stick really isn’t working for us. I’ll just say this: aside from what I’ve learned about Uganda's problems, its beauty and its people in the last 2 months, I've also learned from just being without my creature comforts. From spending time with people who have “less.” And from being here in paradise - although there is extreme poverty in Bali, too, hidden away behind the raw food restaurants and detox packages.

My meditation teacher once said that it’s hard to be of use to others when you yourself are suffering. That doesn’t mean you shouldn’t try, of course. I guess what I’m trying to say is, I don’t think I have more than the people of Uganda or Bali or anywhere else. I think I have different, but not necessarily better. Yes, I’m on a beach, but so are my pain, and fear, and anger – and, and here’s the kicker – my resistance to feeling that pain, fear and anger. But as I sit with all of them, with just a little bit more patience and resilience than before, I’m uncovering moments and bursts of happiness I’d only ever just grazed the surface of.

I’m not saying I had to come to Bali to do this. I’m so lucky I could. But I’m more lucky to be learning that pain and fear and anger don’t have to mean suffering – that in fact, if given the attention they want, they can transform into singing and dancing. Even if it’s alone, to ABBA, in a cheap little hotel room, feeling raw and ripped open and wide-eyed, and ridiculously glad to be alive.