I arrive in Thessaloniki at 10:30 at night, a few hours after Tony and Mama Greek got here.  I find Tony in the hotel room, still wide awake even though he's been up for the past 36 hours, and also, still wearing his long johns.
"I already had a fight with my mother," he says, "so that's out of the way."

"What about?" I ask, innocently.
"She had a meltdown at the front desk because they didn't put her on the same floor as us.  They moved her room, but she still freaked out because it wasn't adjacent to ours."
"I'm sorry I missed that," I say. 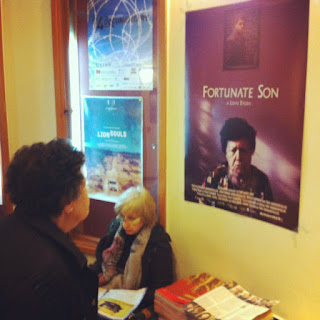 The following morning, Tony heads to the film festival office to do an TV interview.  I am instructed to follow half an hour later, with Mama Greek in tow, to get our photos taken for the program.  We take a taxi, since a 10 minute walk for her is like a triathalon for most people, and naturally the taxi driver rips us off, so I'm already fuming by the time we arrive.
We make our way to the office, but no one knows where Tony is.  MG starts yelling, "TONY ASIMAKOPOULOS" to random people as they walk by, as if everyone should know exactly who her son is and what he's doing.
Finally, someone directs us to another floor, where Tony is supposedly to be.
"Why isn't Tony here?" she asks me, in the elevator.  "Where is he?  Why did he tell us to come here if he's not here?"
Then, the elevator doors won't open.
Only one of us finds this hilarious.  I'll leave it to you to guess who. 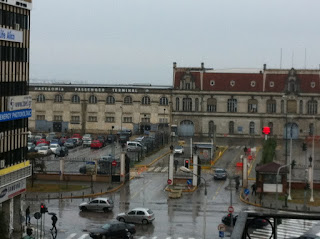 MG panics every time either of us goes out without her.  She's adamant that one should not walk alone in the streets of Greece because "These people are crazy."  She's also taken to speaking to me in Greek almost constantly.  Every time Tony and I have a conversation about where to go or when to eat, she cuts in with,  "What's she saying?  What are you talking about?  What's going on?  What happened now?"
Friday night, after escorting her to her hotel room, we pretend we're going to bed, then sneak out to get a midnight snack.  Sadly, this makes me feel younger and more alive than I have in months. 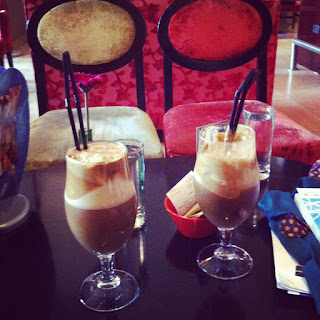 The premiere of the film is Saturday night.  I "let" Tony sit between MG and I, but he ducks out partway through the film, as it's difficult - understandably - for him to watch.  I tell myself I should move over and sit next to MG, but I don't.
Then, a scene from her village comes on the screen, where she's talking about how her mother died alone.  I look over and notice she's started to cry, and I reach over and rub her arm.  She takes my hand, and holds it for the rest of the movie, across the empty seat.
I tell myself I could let go if I want to.  But I don't. 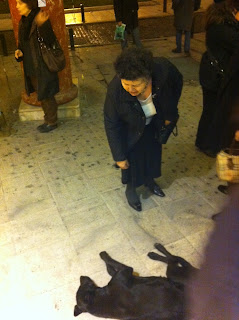