Two of my favourite people, who happen to be married to each other, live in Stockholm, Sweden, with their two amazing little boys.

One of those boys - we'll call him Nils - has just started daycare, and his mom wrote today to tell me about something called Circle Time. Apparently, Circle Time is a time when all the kids come into the middle of the room and sing songs or talk about colours or shapes.

Nils, who is the calmest, quietest little dude you'll ever meet, has not taken much of a shine to Circle Time, and chooses instead to play on his own. Apparently, the daycare leaders have a problem with this. According to them, Samuel's mom should be "concerned if things don't improve."

Nils is one and a half years old. 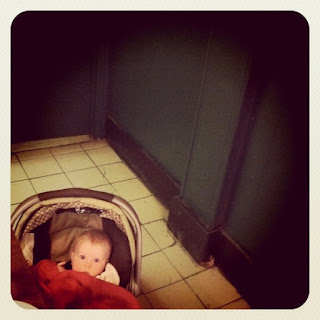 I'm wondering what she's supposed to be concerned about. That her son is comfortable enough with himself to do his own thing? That he can enjoy his own company, in world where most people can't sit still long enough to go to the toilet?

In a few years, Nils is going to walk down the main street of any city in the world, and notice how everyone is dressed almost exactly the same. He will watch TV shows and read magazines that tell him and the women he knows how to be "beautiful." He'll find himself at parties where people are blabbing about such boring, surface topics that he'll want to stab himself in the eye with a fork, but will probably feel awkward if he doesn't contribute.

As his mother wrote:
Why is it only when we are well into adulthood that we realize it's okay not to join fucking Circle Time?