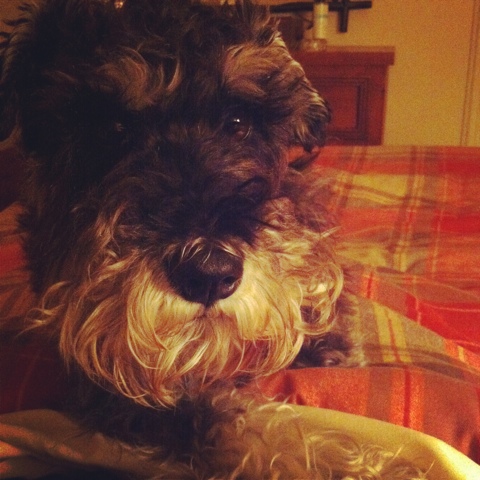 If I'm still Awake It Still Counts as Wednesday 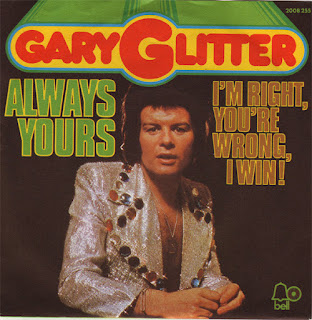 Whether you should walk through Ikea the way you're supposed to: following the arrows and enjoying the seamless, modern Swedish common sense experience concluded by cinnamon rolls... or, take all the short-cuts and risk missing out on an item of household furnishing that could complete your life.
Whether you should sit two thirds of the way back in a movie theatre, enjoying the panoramic experience of sight and sound... or directly underneath it, causing neck dislocation and permanent hearing loss.
Whether to hang the dog's winter coat on our coat rack, since it's so cute and costs more than all of our coats put together... or store it in a separate dog cabinet with his toys and snacks and winter boots because it's "dirty from the street".
Whether the dog should be allowed to get into bed with us whenever he wants, thereby increasing his self-esteem as a loved, appreciated and cuddle-able family member... or only after he has been decontaminated, disinfected and bleached.
Whether to only make the bed on weekends when it will be used as a picnic space/couch/dog-cuddling-zone/meditation pad/existential crisis area... or make it daily, because an unmade bed "is depressing". 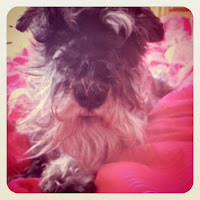 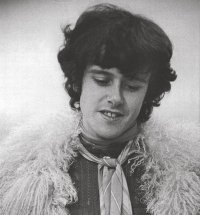 Whether takeout souflaki delivered to our door by a man named Savino counts as cooking dinner. 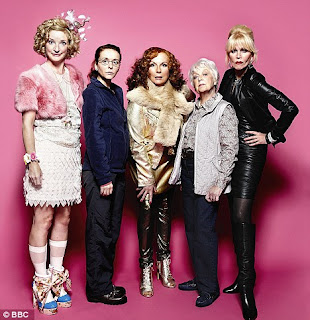 ABC Gets It (Almost) Right

ABC did a piece on the Dragon Tattoo story today, and unlike some of the other ones, they actually took the time to speak to me first.  The story is actually quite balanced and true, except for the line:


"My fear is that people will watch the film and have this impression of the heroine and what she endured to be that person."


It doesn't really make sense (even if I said it,) but what I intended was, I fear that people who see her as a heroine WON'T think about what she endured to get that way.


You can read the whole piece here.


There's a column coming out in the Toronto Sun on Sunday, and I'm hoping that's the end of it.  But I wanted to answer the comments and be black and white on what I actually said and didn't say.  So:


This is not an attack on how you or anyone dresses.


This is not an attack on H&M, or on the film.  I LIKED the film (the original Swedish version, anyway).


I'm simply questioning the association of a line of clothing with a victim of childhood abuse and rape, who exacts violent revenge.  I found it to be negative; a thoughtless marketing ploy.  That's all.  I wanted people to think about why Lisbeth does what she does, before they choose to emulate her.  I questioned it, and I proposed that others question it, too.


For doing that, I've been attacked, and some of these attacks have come from people who were also raped - which I find really painful and difficult.  I know they are in pain, and that they are angry. And yet they're responding as if I attacked them personally - their life experience, how they dress, how they feel.  That is not what I set out to do.


This was an opinion piece, based on my emotions and judgement.  Most importantly, I NEVER said that H&M is trying to glamorize rape.  I said they are glamorizing the rage and fear that sexual violence leaves behind.


One last thing to the people who claim I'm doing this to draw attention to myself: believe me, this is the last thing on earth I want to draw attention to.  I made this message public, and I feel it's my responsibility to follow through with it.  But every time I check my e-mail or my twitter feed my heart pounds, and often I'm left shaking and deeply upset.  I'm having to defend not just my opinion, but my opinion as a rape survivor.  That's not fun.  It's actually pretty horrible.


Try to remember that before you put me down.

It's been quite a day, and quite a week.

I've been told that what I wrote was a cry for attention.

A major media news outlet has taken my words out of context, and suddenly, I am saying that H&M is glamorizing rape.  I said no such thing.  Who in their right mind would try to glamorize rape?

There are too many comments and questions to respond to individually, so I will respond to them here, but not tonight. Tonight, I want to say:

If you want to send me insulting tweets or write disrespectful comments on my blog, that's your right. But to save us both energy, I ask that you first recall that this is my opinion, based on my impression, from my experiences.

If that's not what you read in my letter, read it again.

I'm not judging you, or your clothing.

I'm not judging where you shop, or what you do with your time.

I'm not assuming anything about your life.

Consider extending the same courtesy to me.
No comments:
Labels: H and M, Huffington Post, opinion

There Will be Pugs

There was more today: interview with the Toronto Sun, piece in the Toronto Star, and it even made it to the UK. But I don't really want to talk about it.  I had no idea that this would go where it has, and that it would bring up some of the hard stuff, which hasn't come up since the last trial.

So I'm going to leave it for now.

Then why am I posting?

The day before all this Dragon Tattoo stuff exploded, I'd made a pact to start blogging every day.  The way I was doing things until now - posting long, thoughtful, introspective, soul-bearing essays once a month once every two months when I could fit them in between everything else - was fine and all, but it's not 1999 anymore.  So here's to more, shorter, shallower pieces.  And lots of pictures.

Tony and I are pug-sitting this week, so we'll start with Desmond and Bruce. 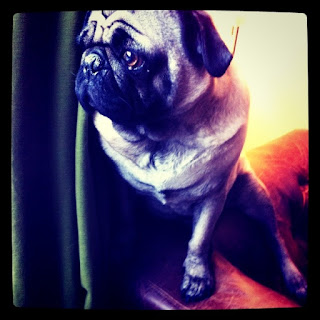 There.  That ought to do you.
1 comment:
Labels: blogging, Desmond and Bruce, pugs

PFO Sighting and The Gazette

I got an e-mail this morning from a woman named Bella, who, along with her husband, is launching one of the most genius products I've ever heard of.  It's called a PFO, which stands for Protective Fashion Object.  It's a bracelet which is connected to a GPS tracking device, which is then connected to your social network or a security service. If you're in a dangerous situation, you pull the bracelet, and it sends a text message to three people of your choice.

It also happens to be seriously stylin'. 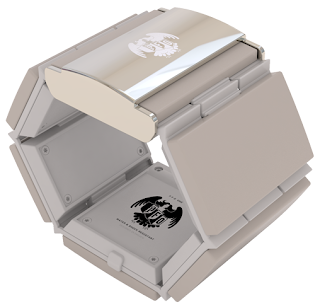 They are just launching the PFO now, and already have an insane Facebook following (over 125,000) which is pretty amazing, given that no one actually owns one yet.

The couple was inspired to create the bracelet because they have three daughters, and were becoming more aware of the dangers women face living anywhere in the world.

By the way, PFO unofficially stands for Please F*** Off. 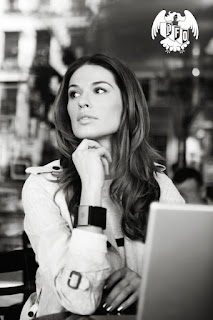 Bella read my H&M letter and wanted to know if we could help each other out.  I was thrilled, and even more thrilled when I spoke to her, and she turned out to be super sweet and lovely.  Isn't it weird how the world works?

So stay tuned for more on the PFO.

Just a little update on my open letter H&M from a rape survivor, which has traveled farther and wider than I could possibly have imagined - i.e. to The Wall Street Journal.  Yes, that Wall Street Journal (I asked the same question at first.) 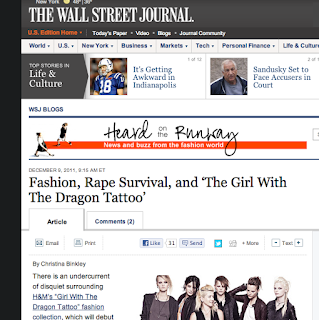 How did this happen, you ask?


Because of my mammoth Rolodex of high-up media personalities and my clout in the fashion world?  No!  Because of one person, Nadine Lerner, aka @bluedogzdesign on Twitter.  I've never met Nadine - something I hope to rectify soon - but she sent the story to Christina Binkley, the style writer for the WSJ.


[Natalie Karneef] looks at the retailer’s commercial effort in stark terms with disturbing connotations, more as a rape-survivor-with-a-dragon-tattoo collection than cute affordable clothes aimed at style-conscious young people.
Karneef asks if the Swedish retailer  has considered how rape survivors approach the task of dressing, ever-after second-guessing their own choices of skirt length and neckline.
You can see the entire WSJY story here.


Because of this, H &amp; M sent out a public response to my letter.  It said:


We have read the open letter by Natalie Karnefwe [sic] apologize if she or anyone has been offended by the Girl with the Dragon Tattoo collection by Trish Summerville – this has not in any way been our intent.  The collection is based on and inspired by the film and character Lisbeth Salander and though we think Lisbeth is a strong woman who stands up for her ideal,  we are not trying to represent her specifically.  Our goal is to rather offer a collection that we see in today’s trend picture that will appeal to many customers.   We do not view this collection as provocative-it contains pieces that are staples in many people’s wardrobes: jeans, biker jackets and t-shirts.  It’s all about how you wear them.  We encourage our customers to find their own personal way to wear our products.


... which is pretty much the bullshit response you'd expect, but still.  People tweeted, people Facebooked, people talked.  Maybe some people will think twice before going in and dropping cash on an American flag t-shirt that looks like it's been run over by an 18-wheeler - not that that's the point. 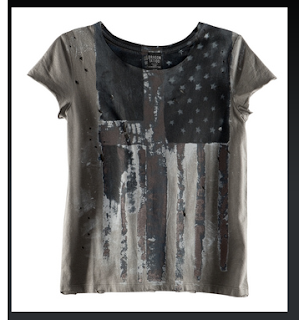 The point is that we need to pay attention to mainstream messages about rape, and that one person - Nadine - made all the difference in this story reaching 100 people, vs. however many thousand read the WSJ website.  And who read Fashionsta.com, who picked up the story, too, asking if the Dragon Tattoo collection trivializes the experience of rape survivors.  And who read a site called The Tattooed Girl. My "resistance" was mentioned again in a new WSJ story that came out today, as the release date of the collection approaches.  (H&amp;M's words to live by: "We don't stand behind the violence or the harshness but the look is very cool.")


This post is for Nadine, and for you.  No, we haven't changed the world.  But maybe we've changed a few minds. 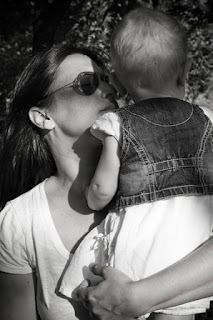 (photo of Nadine and her daughter courtesy of Bluedogzdesign.com)

21 comments:
Labels: Bluedogz Design, Christina Binkley, Girl with the Dragon Tattoo, HM, Nadine Lerner, rape, Twitter, Wall Street Journal
Newer Posts Older Posts Home
Subscribe to: Posts (Atom)
*With thanks to Where the Hell is Matt, who inspired me and so many others by dancing badly around the world several times. And okayed me riffing on his URL. If you haven't already, check him out.
Who the hell is Nat? More about me over here.