An open letter to H&M from a rape survivor

I used to like you.  I really did.  Even when your clothing started to lose its funky, vintage-store-treasure style and holes started appearing in the t-shirts I bought from you, I still thought you were mostly doing things right.  You had organic collections.  You supported good causes.  You sold cool hats.

But then came your Girl with the Dragon Tattoo collection. 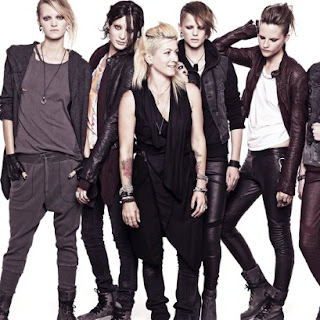 I'd like to be clear: I loved the original film.  It's one of the only stories I've ever come across where the hero is female, and that female comes out smarter and stronger than the male hero, whose life she saves.  But it took me a long time to watch the film, and I had to fast forward through a few scenes.  Because, like Lisbeth Salander, I was raped.

And now, H&M, you have created a line of clothing based on her character: a woman who has suffered a lifetime of abuse, who is violently raped, and who is hunting down a man who violently rapes and kills other women.  Lisbeth has been through hell, and her clothing is her armor.  That's her choice, and it's an understandable choice.  But you glamorize it, putting a glossy, trendy finish on the face of sexual violence and the rage and fear it leaves behind. 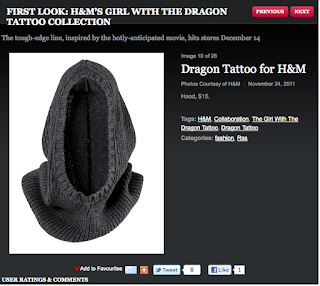 I wonder if you've considered how a survivor of sexual violence chooses her or his fashion choices.  I wonder if your designers researched what we think about when we get dressed, how some of us will opt against a revealing outfit because we'd rather not deal with unwelcome advances or sexist slurs.  I am an ardent supporter of the Slutwalk movement.  I believe that what a woman wears should not have any bearing on whether or not she is sexually assaulted or harassed.  But many of us who have been there still decide against the short skirt.  We place our bets, hoping that our camouflage will protect us from a rude catcall in a subway station, and the subsequent anger, shaking, tears.  When I dress in the spirit Lisbeth Salander, it's because I want to send a message to men: to stay the fuck away. 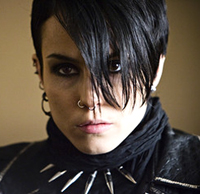 Anna Norling, the Division Designer at H&M, says that she is “so proud” of this collection, because Lisbeth is the “very essence of an independent woman.”  Lisbeth Salander is independent woman whose mother was abused by her father, who was violently raped by a man in charge of her well being, who is harassed and bullied by men in public, and who is severely emotionally scarred. 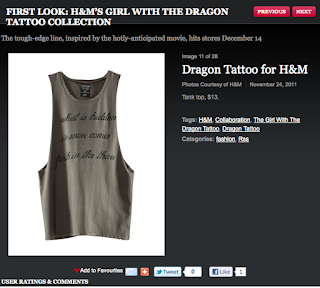 Stieg Larsson was inspired to write The Girl with the Dragon Tattoo because he witnessed a girl getting gang raped when he was 15 years old.  I've heard it said that being raped is like getting a tattoo - it never goes away.  I hope your shoppers bear this in mind before they emulate Lisbeth Salander. 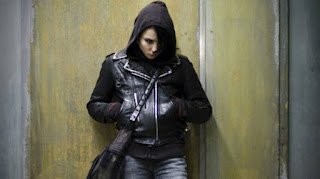