I’ve started to think of my brain as a newspaper, with a different headline announcing the top story of every day.  The caption beneath the headline always contains the same message, which is funny, because the headlines themselves change so drastically.

GIRL NOT FINANCIALLY OR EMOTIONALLY READY TO HAVE A CHILD, BUT WANTS ONE ANYWAY.  HOW WILL SHE DO IT?

It’s the most important thing she’s ever had to deal with.

GIRL DECIDES SHE WANTS TO HOLD OFF TRYING TO GET KNOCKED UP FOR A COUPLE OF MONTHS, BUT FEARS THIS INDECISION MAKES HER BAD MOTHER MATERIAL

THIS is the most important thing she’s ever had to deal with.

The day after that:

Definitely way, way more important than anything she’s ever have to deal with.

Then, four weeks ago, my grandmother died.


She was 84, and had been fighting cancer for some time (much longer, it turns out, than she let on to the rest of us.)  My grandmother used to call me “my little angel (pronounced “leetlee,” in her Hungarian accent.)  She used to send me photo collages by mail, of me and Tony and her late dog, Lady, and the flowers on her balcony.  Sometimes, she’d include poetry she’d written.
After she died, I was cleaning out her apartment with my mom when I realized the headlines had stopped.  I felt incredibly sad, but also clear, awake, and – there’s no other way to say this – alive.  There has always been a way around most of the sadnesses I’ve faced: arguments with Tony get resolved or forgotten, writing rejections are followed by acceptances, the apartment upstairs floods and we clean it up.  7 months later, we no longer notice the holes that are still in our ceiling.
But sitting on my grandma’s velour couch, where I’ve sat a hundred times before drinking cranberry juice and talking to her about Oprah, my “Top 57 Life Things That Are a Priority To Get Sorted Out” weren’t floating around my head.  I was just standing in front of the void she’d left, my heart broken, but also wide open.

The time that followed my grandma’s death resembled a black-and-white existentialist French film.  One week later, I found out that a friend has stage 4 ovarian cancer.  And the week following that, the husband of another friend learned he had a brain tumor.
I think this might be part of that thing they call “Growing Up:” tragedy is there, every minute, ever day.  The things we most fear are happening, not on some TV show or to a celebrity or to a person we read about in the Huffington Post, but for real, to people we know and care about.  But watching it happen around me, I’m starting to see that when our brain headlines stop, other things begin.
When Papa Greek died, hundreds of people filled the funeral home and church, traveling from as far away Toronto and Ottawa just to show their support for Tony and Mama Greek and me.

After my grandmother died, my mother and I shared the calmest week we’ve ever had together: laughing, crying, looking through old photos and reminiscing, rather than getting caught up in our usual mini tornadoes of frustrations and expectations.

The man with the brain tumor had a successful surgery and is now, thankfully, back home, recuperating very well.  Before and during his stay in the hospital, his wife and I spoke on the phone every few days, and e-mailed and texted almost daily.  Instead of wallowing in doubt and self-pity or watching Mad Men, I connected with her in a way I haven’t in years, though I’ve known her for almost half a lifetime.
And every day, I’ve seen messages of support, love and encouragement come in from all sides to the woman with ovarian cancer.  Friends have lined up to take her wig shopping, to drive her to the hospital, to go to the movies with her.  This past Sunday, dozens of her friends, colleagues and family members flocked to the Walk of Hope, to support her on her fight, and raised over $10,000 for Ovarian Cancer Canada.
Please don’t think I’m saying anything insane like I’m grateful for the pain and struggles these people have to face.  It’s not that at all.  But like it or not, this is happening already.  The trick, as Tony put it, is to not make it a bad thing.
The friend with cancer said it best, in the incredible blog she keeps about her experiences:
“Effort spent wondering whether I am doing the right thing with my life, working in the optimal job, living in the right city, adopting the right lifestyle, going to the right church, doing the right exercise, investing in the right things – all those urban concerns were getting in the way of my life.
Now I know. This is my life now, every day, every minute.”


Tragedy is a bitch.  But I sometimes wonder if, without it, we wouldn’t be in a lot more trouble. 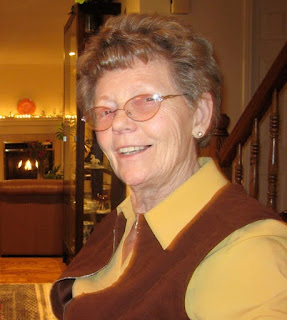