Anybody Out There, Their or They're? 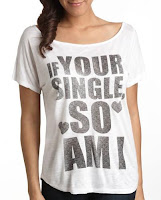 This story originally appeared in the Montreal Gazette, December 24th, 2010.


My friend Aly and I were at a party at a hotel bar the other night when in he walked: the last person I wanted to see.


Unfortunately, he was the only person Aly wanted to see.


We'll call him Javier, not because he bears any resemblance to man-God Javier Bardem, but because he hails from the same general region of the world, and is tall, charming and somewhat handsome. He's also Jewish, and so is Aly. She's in her early 30s, too. If you are in, or ever have belonged to, this demographic, I probably don't need to say more. Otherwise, I'll just recall a conversation Aly had with a Jewish matchmaker some months ago:


"If you're looking for a guy between 35 and 40 in Montreal," the matchmaker said, "you can forget about it."


But Aly didn't forget about it. She's like the Spartacus of dating. She receives messages from guys on Plenty of Fish with lines like: "I'd love to massage your feet over dinner," but still she goes forth. One guy sent her his entire life story, beginning with his family history in the 1930s. He even told her how he met his first wife, and how he took the "until death do us part" bit very seriously.


Some of the messages were so awful that Aly finally changed her profile to read: "I'm looking for a guy who knows the difference between There, Their and They're."


The first guy who responded got only two out of three right. But he was Jewish, so Aly had dinner with him, anyway.


Then, she met Javier. They went on a few dates, which, according to Aly, were steeped in the kind of chemistry you only read about in paperbacks at airport gift shops. But Javier didn't feel the same way, and soon he informed Aly that their relationship had "reached a plateau." Still, Aly kept seeing him. She said she hoped he'd get to know her better and change his mind.
I'd recite lines from He's Just Not That Into You, and she'd talk about chemistry. I'd go on tirades about self-worth, and she'd say: "I know" 20 or 30 times and then go out with him that evening.


"Tell him to take his plateau and shove it," I begged her.


And sure enough, one day, Javier disappeared.


He was tall. He was handsome, in a Clark Kent kind of way. He wasn't pretentious, but knew about art.


"We have to DO something!" hissed a friend, suddenly aware of the beshertness of the situation.


In minutes, we'd engineered a plan to continue on for dinner at a restaurant down the street that served $18 glasses of wine. But, as we were putting on our coats, Javier showed up.


"Oh my God!" Aly squealed, and threw her arms around him.


Of course, he joined us for dinner, and, of course, he sat next to Aly, while Clark Kent took a spot at the far end of the table. Still, I managed not to asphyxiate him with his tie, and Aly drank four glasses of wine, which does for her what a magnum of vodka chased by a keg would do for most people.

As we finished our meals, I announced that I was driving her home.

"I haven't stopped thinking about him this whole time," she went on, clearly not in answer to my question.

"But why? He doesn't appreciate you! He's not worth it! And by giving him your company, you're allowing him not to respect you!"

I took a deep breath, ready to leap onto my soapbox with renewed vigour, but we'd already arrived at her apartment. Looking up at her window, it occurred on me that I was about to turn around and drive home to someone waiting for me in a warm bed. I have what Aly wants -despite my attempts to convince her otherwise.  It's far from perfect, but it's so easy for me to forget what life was like before. Who am I to give dating advice? How many times did my friends shake their heads while I spouted lines about chemistry? I'd listen to them, then continue to swoon over a guy who didn't deserve the lint from my hairbrush, much less my affections. And when I finally did see the light, ended things and returned the offending guy's CDs, it wasn't because of anything they said. It was because of a realization I came to on my own.

"I won't!" Aly sang, and fell over the curb on her way out of the car.

I'm still hoping she'll give Clark Kent a shot.  But while I have your attention, do you know of any single Jewish guys in Montreal between 35 and 40?