Since the age of 18 - approximately 11 (gulp) years ago - I have moved many times. Approximately 16, in fact. You’d think, what with my penchant for living out of a backpack, that moving house might be something I find pretty easy to handle. In this case - #17 – you’d be wrong.

There are several reasons for that. The first, biggest and bestest is that I am moving in with my significant other. 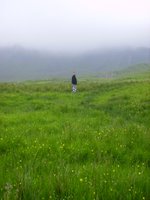 Co-habitation (in the romantic sense of the word) is not something I have ever tried before and I am very happy and excited.

And also a wee bit nervous.

Aside from the obvious reasons for this (like no longer being able eat, for the 4th night in a row, brie and crackers for dinner in my underpants at the kitchen sink while filing my fingernails), moving in with someone who is not a roommate presents a whole new set of variables towards nervous anxiety that I’d never previously knew existed.

First and foremost, the significant other is Greek. Yes – this is a good thing – especially when it comes to my affinity for a late night souvlaki. But, like most Greeks, he comes complete with a very big and very Greek family. As a person with only one first cousin, this is a concept I still have trouble wrapping my mind around. Especially 20 minutes after landing in Montreal when I suddenly found myself in a taxi on the way to their home.

“We don’t have to go,” the Greek insisted, “if you’re not comfortable.” But I shook my head firmly, applied several coats of lip gloss, and insisted I was. In truth, I had a swarm of butterflies doing the mambo in my stomach. Which didn’t help when, upon being introduced to about 12 people, I was sat down and presented with as many plates of food.

“I’ll put some steaks on the barbeque for you guys,” confided Mama Greek, patting my arm reassuringly.

And here I was thinking we wouldn’t have to have this conversation so quickly into our relationship.

"Aww," I patting my stomach, "you don't have to do that. We're not that hungry!"

Her eyes widened. “Of course! You have to eat! Have some spinach pie!” And she leapt up to pile more food in front of me.

I shook my head.

This seemed to stop her in mid-stride.

I shook my head again, looking around for Nia Vardalos.

And the feeling is mutual. After being back on Montreal soil for just over a month, I already feel like I have a whole new family. Being the Girlfriend of the Greek, (and residing in his current apartment,) seems to allow me automatic access to weekly shipments of food, frequent phone calls to inquire into my well-being, and serious parental concern over Reason to be Nervous #2:

No one likes painting – I know. I, someone who once thought painting an entire 1-bedroom flat Midnight Periwinkle was a really smashing idea, like painting even less. I’ve definitely had my share of it over the 16 moves. So I was relieved to be told that the new place would be freshly – and professionally – painted when we moved into it at the end of this week.

Which is why, when we finally saw the paint job at the end of last week, things didn’t go too well.

“It’s… bright,” I tried to tell the Greek.
“It’s hideous,” he said.
“We can fix it with lighting,” I attempted.
“It’s god awful,” he replied.
“It’s like glow-in-the-dark stars in daytime,” I said, desperate to convince us both.”

“We’re re-painting,” I said, put the dog on the leash, and stormed off to Rona.

We dreaded the idea of taping doors and ceilings, laying down newspapers, and grinding away with a roller.

That so was not the hard part.

Have you ever tried to agree on paint colours with another person? It all goes back to my theory that what one person sees as Cherry Blossom Red is seen by another as Evergreen Tide. This theory proved doubly true when taking colour samples from Rona and bringing back to rooms that seemed to change colour and hue entirely from morning to afternoon and then to evening.

And on it went.

The man at the Rona paint counter has already given us three complimentary hats, perhaps in honour of the three rooms we’ve painted. (We’re repainting two of them tonight.)

There’s something keeping me going, though. Maybe it was the paint fumes, but other night, as I sat one the counter of our soon-to-be kitchen, I felt an overwhelming sense of gratitude. I realized then that it had been a long time (11 years, in fact,) that I’d felt like I was really at home. And despite the sawdust on the unfinished floor (in which the dog was currently rolling,) colour ambiguity, and the Greek stomping around from room to room muttering things like “not Chihuahua Beige…but Tumbleweed Mellow?” I know that I am. And that that’s a good thing – and a whole new type of adventure.

And at least life is colourful.

Or, at least, many different shades of tan. 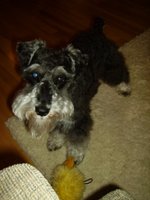